Closely related to self-defense, this Board focuses in other aspects such as Communications, and Financial.
Post Reply [phpBB Debug] PHP Warning: in file [ROOT]/vendor/twig/twig/lib/Twig/Extension/Core.php on line 1275: count(): Parameter must be an array or an object that implements Countable

4 posts [phpBB Debug] PHP Warning: in file [ROOT]/vendor/twig/twig/lib/Twig/Extension/Core.php on line 1275: count(): Parameter must be an array or an object that implements Countable
• Page 1 of 1


Commentary: Did you know there’s a good chance police have gone through your trash at least once?
by Leon Wolf

For reasons that aren’t immediately clear, social media is abuzz today about this 15-year-old article in which reporters for an Oregon alternative newspaper published the contents of city officials’ trash in order to prove a point.

The story is old, but the amazed reactions to it illustrate a valuable point: People do not understand that their trash is not safe from prying eyes, including the eyes of the police. In fact, if you live in a decent-sized city, there’s a pretty good chance that your local police have rifled through your trash at least once.

The background of the old article is simple: The city of Portland, Oregon, claimed (and still claims) to have the right to search through its citizens’ trash without a warrant. In that respect, they are not unlike most other cities in America, which have policies allowing police to search through citizens’ trash that is left out for pickup. And they have the support of the United States Supreme Court, which has held that these searches do not violate the Fourth Amendment.

As a result of this Supreme Court decision, most large city narcotics units have started doing random spot checks of citizens’ trash left at curbs, looking for drugs. That’s right: Every week, cops just pick the trash of randomly selected people and go through it in the name of the war on drugs, and it’s all perfectly constitutional, according to the U.S. Supreme Court.

And if you think this is no big deal because you don’t use drugs, you might want to consider what else is in your trash that police can see.

Reporters for the Williamette Week learned about the city of Portland’s policy back in 2002 when police used it to rifle through the trash of one of their fellow cops, officer Gina Hoesly. Hoesly had complained that an ex-boyfriend physically assaulted her, and when police confronted the boyfriend, they found meth on his person and arrested him.

They suspected that Hoesly might also be a meth user on this basis, so they applied for a warrant but were denied by a judge. So they dug through Hoesly’s trash and found drug residue, as well as a bloody tampon, which they sent to the state crime lab to test for drugs.

Based on this evidence, they were this time successful in obtaining a warrant, and inside Hoesley’s house they found drug paraphernalia as well as a diary that described drug use. Hoesly was indicted on drug charges.

Hoesly’s lawyer argued in court that the seizure of Hoesly’s trash violated the Oregon state Constitution, and won. City of Portland officials, including the district attorney and chief of police were incensed and promised to appeal the decision. They argued publicly and vociferously that no one had any expectation of privacy in the contents of their garbage.

So reporters for the Williamette Week turned the tables on Portland city officials — including the mayor, the police chief, and the district attorney — by grabbing the contents of their trash off their curbs and publishing the contents. They did this, without trespassing, by grabbing only the trash was left on the curb.

Portland’s police chief, who had publicly argued a short while before that the contents of people’s trash wasn’t private, suddenly sang a different tune when confronted with the contents of his own trash:


“This is very cheap,” he blurted out, frowning as we pointed out a receipt with his credit-card number, a summary of his wife’s investments, an email prepping the mayor about his job application to be police chief of Los Angeles, a well-chewed cigar stub, and a handwritten note scribbled in pencil on a napkin, so personal it made us cringe. We also drew his attention to a newsletter from the conservative political advocacy group Focus on the Family, addressed to “Mr. & Mrs. Mark Kroeker.”

“Are you a member of Focus on the Family?” we asked.

“No,” the chief replied.

“You know,” he said, with a Clint Eastwood gaze, “it’s none of your business.”

As we explained our thinking, the chief, who is usually polite to a fault, cut us off in mid sentence. “OK,” he said, suddenly standing up, “we’re done.”

Hours later, the chief issued a press release complaining that WW had gone through “my personal garbage at my home.” KATU promptly took to the airwaves declaring, “Kroeker wants Willamette Week to stay out of his garbage.

The mayor, meanwhile, demanded the return of the trash she had left on the curb and threatened legal action. The paper returned her recycling but published the contents anyway. Only the district attorney took the stunt with equanimity, asking the reporters if they planned to charge him for the trash pickup.


Invasion of privacy? This is a frontal assault, a D-Day, a Norman Conquest of privacy. We know the chief’s credit-card number; we know where he buys his groceries; we know how much toilet tissue he goes through. We know whose Christmas cards he has pitched, whose wedding he skipped, whose photo he threw away. We know what newsletters he gets and how much he’s socked away in the stock market.We even know he’s thinking about a new car — and which models he’s considering.

Do you feel comfortable knowing that random strangers from the police department may have looked through all the contents of your trash? Even if you don’t use drugs, there’s an amazing proliferation of federal and state crimes — many of which you’re likely not aware of — that the police could nail you on if they were really motivated to do so.

Just to illustrate one out of dozens of possible examples, have you ever moved into a place and continued receiving for several months the magazine subscriptions of the previous owner?

If you just throw those in the trash, that’s at least technically a violation of a number of different federal and state laws, even though most prosecutors would never dream of actually bringing such a case. However, if you ever do something to anger your local district attorney, you might find yourself suddenly in legal jeopardy for something you never even knew was a crime.

Of course, if you have the misfortune to live in Seattle, you know that city authorities already go through literally all of your trash to make sure that you aren’t putting compost or recycling in with the trash.

Yes, even here in America, citizens of a major city have all their trash inspected in the name of environmental do-gooderism. And although that policy only exists in Seattle for now, you can bet that someday it will be coming to a city near you if environmentalists get their way.

Since the Supreme Court has essentially blessed this gross violation of privacy, the only way for citizens to stop it is to contact their state legislatures and local city councils and advocate for state and local ordinances that will prevent the practice. Otherwise, it would be wise to operate under the assumption that anything you throw out might well be rifled through by the police.

To prevent that people can throw away their trash unnoticed, over here in the Netherlands, we have special passes that people must use to be able to use the garbage disposal units (not everywhere yet)... 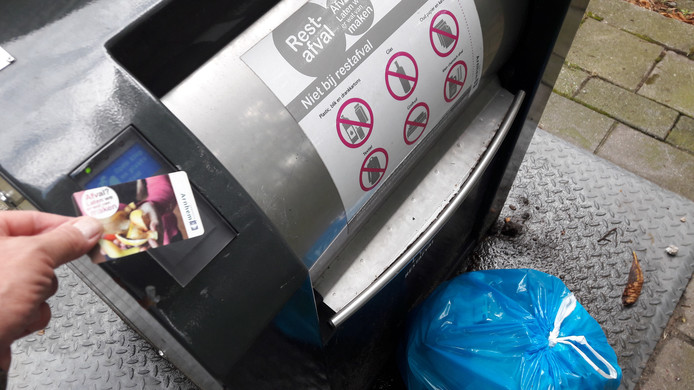 When people in the Netherlands park a car in a city we have to pay for parking.
We aren't allowed to pay cash, so we have to use a bank card. So not only the government, but also the bank knows where you park.
Just to be on the safe side, when we pay for parking, we also have to enter the license plate number.

I saw a parking system like that in a small New York city of about 45,000, back in about 2013. The machine took cash or credit card, but required each user to enter his license plate number.

It was the first I'd seen of its kind, but I'm sure it wasn't new. I live in a much more rural area.
--
Editor
Lawfulpath.com
Top

Policy enforcers are trained to use the “Bell, Candle, Book” model to determine what actions to take.
Bell – Does the action ring true?
Candle – How will the action look when exposed to the light of day?
Book – Is the action consistent with written policies?

They sure don’t like their dirty laundry (or trash) exposed to the light of day!

4 posts [phpBB Debug] PHP Warning: in file [ROOT]/vendor/twig/twig/lib/Twig/Extension/Core.php on line 1275: count(): Parameter must be an array or an object that implements Countable
• Page 1 of 1