The word "normal" is the perfect example of how subjective terms can become. Please read Ben Williams' newsletter (linked below) first, and then the other "definitions."

The word “normal” is not found in the KJV.


Everyone wants to be normal. But being normal these days can be hard to define. We are programmed to think that “normal” equates to being typical or average.

People assume they are normal even when they can't define the term. They don't know what normal is, but they claim to be normal anyway.

What is normal? What does it mean? If people who are very different from each other think they are all normal, hasn't the term lost its meaning?

One dictionary defines, NORMAL as: “Functioning in a natural way: lacking abnormalities or deficiencies.”
Another has, “Fitting or conforming to a standard.”
Another says, “Not abnormal.”

Well, that doesn't give us much, but maybe a start.

To be “normal’ in today's society is generally equated with being “typical” or fitting in with society around you. Thus, being “abnormal” is the opposite: i.e., not fitting in.

“Normal” is not a synonym for ‘typical.” ‘Normal” is like “natural.” It indicates a value standard hereas “typical’ indicates the absence of a value standard. So if thinking right is part of being normal, then it is essential to have a standard with which to measure right from wrong. Otherwise, “right” and “normal” would have no measurement, and without a standard for right and wrong, the term “normal” becomes meaningless.

If a man believes that normalcy is whatever passes as typical, then everything becomes acceptable and normal, and there can be no measure of right and wrong, good or bad. Man is left to sail through the ocean of life in a ship without a rudder, and without a compass to guide him. He has dismissed God and his law.

Read the rest of this excellent newsletter here: https://benwilliamslibrary.com/pdfs/st18-5&6.pdf

Webster’s Dictionary of the English Language, 1828

Opposed to exceptional; that state wherein any body most exactly comports in all its parts with the abstract idea thereof, and is most exactly fitted to perform its proper functions, is entitled “normal.”

A term employed by modern writers on jurisprudence to denote the law as it affects persons who are in a normal condition; i.e. sui juris and sound in mind.


The Century Dictionary, an Encyclopedic Lexicon of the English Language, 1895

1. According to a rule, principle, or norm; conforming to established law, order, habit, or usage; conforming with a certain type or standard; not abnormal; regular; natural.

2. Serving to fix a standard; Intended to set the standard: as, a normal school (see below).

Normal school, a school in which teachers are instructed in the principles of their profession and trained in the practice of it; a training-college for teachers.

1. Standard; regular; natural.
2. Occurring naturally.
3. Belonging to the average in intelligence or development.
4. Free from mental or nervous disorders; sane.

1. A person or thing that is normal.
2. The usual degree, condition, etc.; average; mean.

According to, constituting, or not deviating from an established norm, rule, or principle; conformed to a type, standard or regular form; performing the proper functions; regular; natural. Webster; Railroad Commission v. Konowa Operating Co., Tex.Civ.App., 174 S.W.2d 605, 609.

A term employed by modern writers on jurisprudence to denote the law as it affects persons who are in a normal condition; i.e., sui juris and sound in mind.

One which in strength and capacity ranks reasonably well with the average of the great body of men and women who make up organized human society in general and are by common consent recognized as sane and competent to perform the ordinary duties and assume the ordinary responsibilities of life. State v. Haner, 186. Iowa, 2159, 173 N.W. 225, 226.

The law as it applies to persons who are free from legal disabilities.

A mental capacity that is similar to that of the majority of people who can handle life’s ordinary responsibilities.


Every normal man must be tempted at times to spit on his hands, hoist the black flag, and begin slitting throats.


The war made possible for us the solution of a whole series of problems that could never have been solved in normal times.


As for the rage to believe that we have found the secret of liberty in general permissiveness from the cradle on, this seems to me a disastrous sentimentality, which, whatever liberties it sets loose, loosens also the cement that alone can bind society into a stable compound -- a code of obeyed taboos. I can only recall the saying of a wise Frenchman that `liberty is the luxury of self-discipline.' Historically, those peoples that did not discipline themselves had discipline thrust on them from the outside. That is why the normal cycle in the life and death of great nations has been first a powerful tyranny broken by revolt, the enjoyment of liberty, the abuse of liberty -- and back to tyranny again. As I see it, in this country -- a land of the most persistent idealism and the blandest cynicism -- the race is on between its decadence and its vitality.


[A]ny provider that commands 90 percent of the market—whether we’re talking about software, phone service, or heating oil—is, by definition, a monopoly. Our government employs thousands of bureaucrats to track down and break up monopolies on the grounds that monopolies stifle competition and thereby produce bad products at high prices. Doesn’t it strike anyone as strange that the same government protects its own monopoly in education? And stranger still, that nearly everyone accepts this state of affairs as normal—as something that has always been and must always be? ... [C]ompetition forces public schools into making long-overdue repairs. And it offers poor parents the choices they desperately desire.


And because I know you all were thinking it... 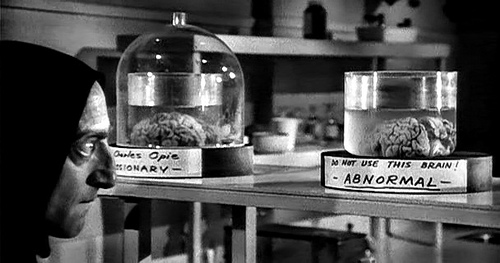